As we celebrate oceans this month, today is specifically dedicated to one of earth’s most ancient sea creatures—sea turtles. As we honor this incredible species, it’s important to also recognize the efforts being made at the local level to preserve these endangered species. For the past four months, I’ve had the opportunity to work closely with La Tortuga Viva (LTV), a turtle sanctuary ran by volunteers from the local community of Juluchuca, Mexico. I’ve learned that these efforts are not only helping save sea turtles, they are also providing empowerment opportunities for local communities.

Some background on LTV…

Like many other small fishing communities in Mexico, Juluchuca was once a sea turtle poaching community not that long ago. Due to the large decline in the sea turtle population, the Mexican government established many community-based turtle sanctuaries to help combat this issue. LTV was created in 2001 by ex-poachers and Playa Viva has been collaborating with the camp since 2007, providing them with financial support and other streams of revenue brought on by hotel tourism.

Working with the Camp

I arrived to Juluchuca with two main priorities –  lead the camp relocation project and the camp permit renewal process. Within a few weeks, I discovered there were many internal issues that were hindering the ultimate goal of the camp- preserving sea turtles. So a lot of my time has been dedicated to capacity-building with the camp volunteers; understanding why and how they work, along with empowering them to address the issues, was the first step.

Being the first and only female to work in the male dominated camp, made relationship building quite challenging at first. My work schedule is flexible, but in general my working hours at Playa Viva, which include daily morning turtle releases with hotel guests, checking the sanctuary, and doing sea turtle research, allow for very little interaction time with the volunteers who work full-time jobs during the day. Also, being a new young female in town, it would be frowned upon to jump on nightly patrols with the guys without getting to know them and the community better, not to mention being constantly told that it was “more dangerous” for a female to go on nightly patrol.

My main contact with the camp was through the camp President, Hector, who I could only communicate with in person since he has no phone or email. Surprisingly, not an easy man to find in such a small town! Through persistence, jumping on any opportunity for group gatherings (Sundays clean ups, meetings etc), and creating new communication channels, like Whatsapp groups for camp volunteers with phones, I’ve managed to build a solid relationship with Hector and get to know the guys more.

Once I established myself as a fellow turtle volunteer, I began to organize and facilitate more meetings where we discussed issues that many volunteers had long since given up on. Most of the time, the meetings didn’t solve any problems, but they were useful in starting a trend to talk openly about issues, rather than complaining in private, which was the norm.

Another challenge was and will continue to be the camp’s resistance to change, which is not too uncommon in Juluchuca. Any suggestions to improve camp operations or try things a different way are often met with stubborn resistance. Even the smallest efforts, like using reusable bags instead of plastic, are met with reasons on why it wouldn’t work. I learned very quickly to approach new ideas carefully and always gather their opinions before proposing anything.

In addition to everything I’m learning about sea turtles and management in community-based conservation, it’s been incredibly inspiring hearing some of the volunteers stories and seeing how some of them are already evolving into leaders through the camp. Many of these volunteers used to engage in sea turtle poaching and still have friends and family who continue to consume sea turtles. Living in a town with very little economic opportunities, the turtle camp provides these volunteers with a big incentive to shift from poaching to conservation through their monthly food stipends. One volunteer, that goes by Iguana, spent some time in juvenile facility as a teen for stealing turtle eggs. Iguana is now one of the more experienced volunteers and takes great pride in his work as a protector of turtles. He helps train new volunteers in turtle tracking and nest relocation and is also an advocate for turtle protection in a community where turtle consumption is still ongoing

Although challenges remain, LTV’s work has already contributed to the release of over 400,000 sea turtles. We’ve also taken some big steps in moving forward with the camp permit process, have shifted around responsibilities so the tasks don’t all fall on one person and we’ve identified the new turtle camp location and are working to clear the area to begin building. With continued efforts, we hope to have the camp in a place where the volunteers manage themselves, without relying on outside assistance. 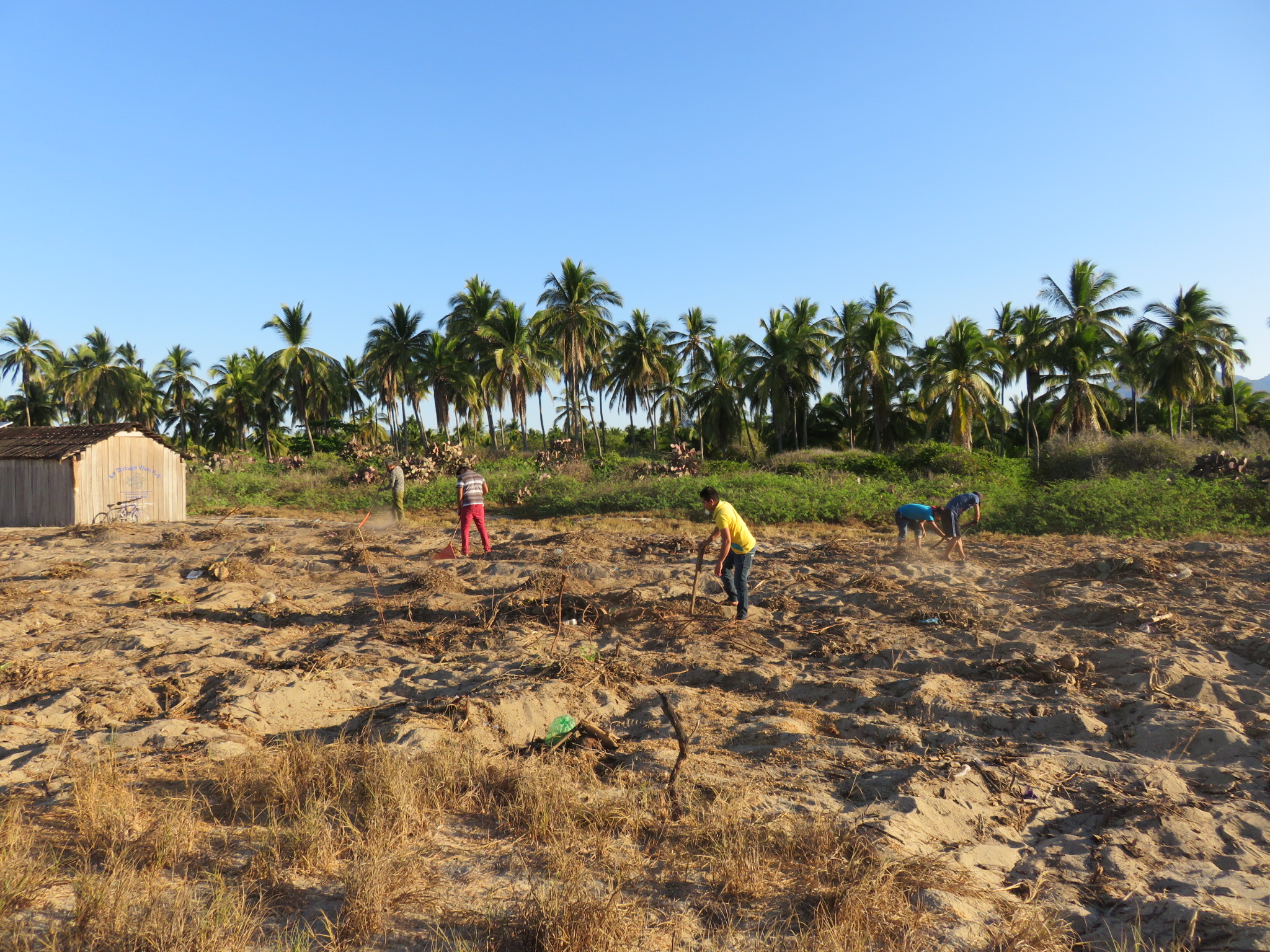 Understandably, not everyone can move to Mexico and volunteer at a turtle camp, but there are SO many ways to help. Here are a few easy ones!