Record Number of Turtles Released in 2007 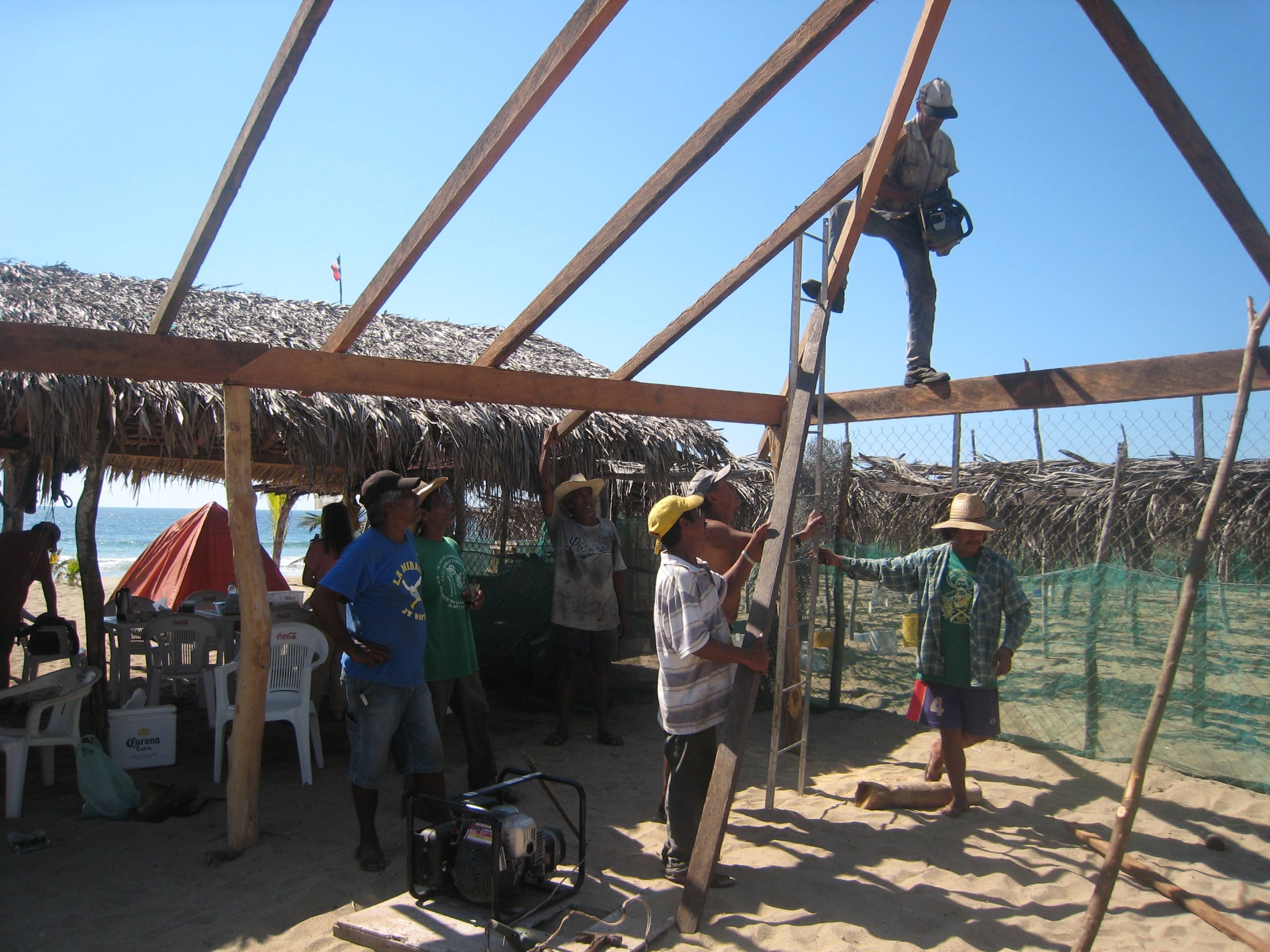 The year-end report for the Turtle Sanctuary is in and the volunteers from Juluchuca released a total of 202,854 Golfina sea turtles in 2007. In addition, they released 375 of the highly endangered Leatherback sea turtles. SEMARNAT released a report (in Spanish) stating that 2007 was the year of the turtle as it released a record 50 million turtles last year. We congratulate the all volunteer team with their huge success and for being part of a record year for Mexico and for the sea turtle.

In what looked like the local version of a barn raising, La Tortuga Feliz team is expanding its operations in anticipation of even further growth in 2008.