Celebrating the small (…or big?) wins: sometimes it just takes a shift in perspective

After my first couple days at Playa Viva, I remember walking down to the turtle camp, a nice 10-15 minute stroll down the beach from the hotel, and introducing myself to the two turtle volunteers who happened to be working that morning: Eusebio and Celedonio — two brothers who had been working in the camp for several years. I had no idea what I was really getting myself into. Yes, I had worked in conservation before; yes, I had worked in small, rural communities; but I had never quite worked at the intersection of tourism and conservation. Additionally, although I have a Mexican father and had traveled to Mexico many times before, I had also never worked y lived in Mexico.

My Spanish was rusty and all I knew about the turtle camp was that I was now managing the relationship between the camp and hotel and that the camp was a popular attraction for the guests at the hotel. I began to do my research, talking with past Playa Viva volunteers who had worked with the camp, and began to observe the operations of the camp. I had observed some less than favorable practices and knew as well we were very overdue for the federal permit required to operate a turtle sanctuary. The more I began to uncover, the more I realized I couldn’t do this alone.

To boot, this was just one of many projects and priorities. On top of the daily turtle releases with the guests, I also had a volunteer program to run, a social impact evaluation to conduct, guest education and integration, community projects to roll out, and more all at the same time. I simply didn’t have the time or emotional energy to mobilize a team of 14 volunteers from the local community to provide them with the tools necessary to be effective conservation stewards.

I put out an ad for a “Turtle Sanctuary Coordinator” in October of 2016 (an unpaid position mind you), less than a month after I arrived at Playa Viva. That first round I got a bunch of applications and the last one that rolled in, about a month after the rest, turned out to be a gem.

I read Lissett’s cover letter and resume, discovering that she and I were ironically from nearly the same hometown in Northern VA, and knew pretty much immediately she’d be a great fit for the role:

Specifically, I would be able to deliver the following – exceptional organization to track, monitor and improve the daily procedures of the conservation program and volunteer team … Lastly, as an avid world traveler and having built relationships over long distances, I have strong understanding of diversity and other cultures and welcome new environments.

This was exactly what I needed and I wasn’t disappointed.

For nearly 11 months of the past year, Lissett dedicated herself to supporting the coordination and management of the turtle camp and its relationship with the hotel. As a unique turtle camp-Playa Viva volunteer, Lissett’s responsibilities were twofold: support the sanctuary and its fourteen volunteers (all from the local community) to ensure they are following best conservation practices and engage hotel guests (mostly international) in hatchling releases and educational tours of the sanctuary. 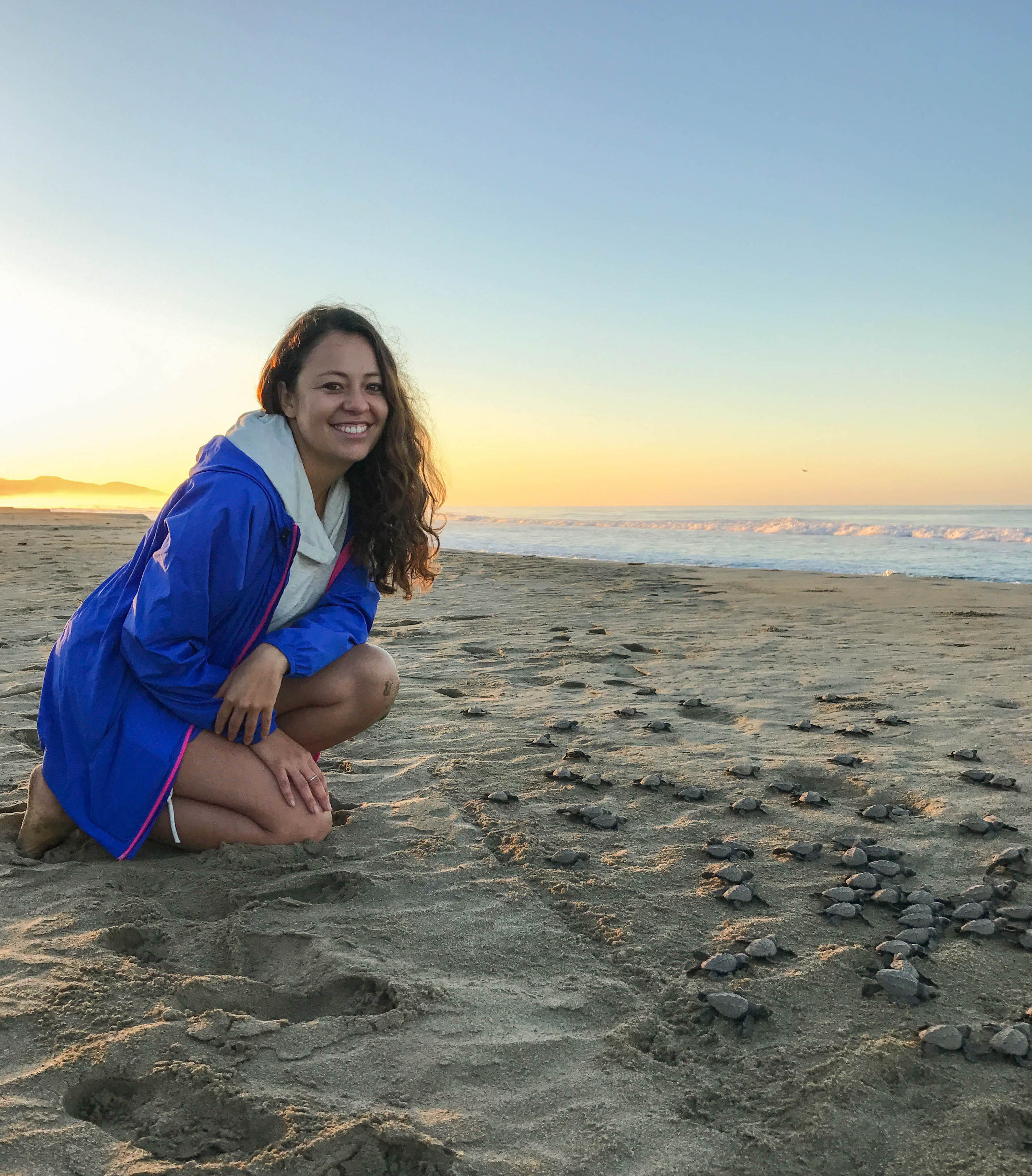 Aside from the most pressing task–working with the sanctuary president to renew the sanctuary’s overdue federal permit–she simultaneously helped to organize and manage the nearly all-male volunteers (initiating regular monthly meetings), coordinated (and raised funds for) the construction of a new sanctuary, organized capacity building activities for the volunteers, and engaged hotel guests in hers and the sanctuary’s work (including daily sea turtle releases).

Lissett was the first volunteer to work formally in this capacity with the sanctuary. Having never actually worked with sea turtles before and without much guidance, her ability to take on and find solutions to the various challenges presented—e.g. breaking through cultural norms regarding her gender as a woman, building relationships with men from a rural machista culture, and the slow, bureaucratic process of working with local, state and federal government in a foreign country, to name a few—was impressive.

“Building relationships with the volunteers proved to be one my biggest challenges. I was a total outsider and it took months of one on one time with each of them and some (literal) heavy lifting during weekend cleanups/ construction to gain their acceptance and friendship. Without these relationships it would have been impossible to accomplish anything – from getting them to show up to a meeting to constructing the new sanctuary.”

Finally, after months of hard work poured in, Lissett, the turtle camp President, Héctor, and camp Secretary, Beto, were ready to fly to Mexico City to submit the permit application to SEMARNAT (Secretariat for the Environment and Natural Resources).

The Mexican government doesn’t make the acquisition of said permit easy: in addition to the mountain of documents required, submitting the permit directly in Zihuatanejo (1 hour by car) could take up to 9 months to process. So, Playa Viva paid for the three of them (Lissett, Hector and Beto) to go on a three-day trip to the big city and submit it directly to headquarters to speed up the process. That trip was Héctor’s and Beto’s first time on a plane and Beto’s first time out of Guerrero.

A pretty amazing thing to see and be a part of.

So now, finally… the good news! After submitting the permit in mid-October, we recently received the once elusive permit from SEMARNAT to legally operate and run the turtle hatchery. 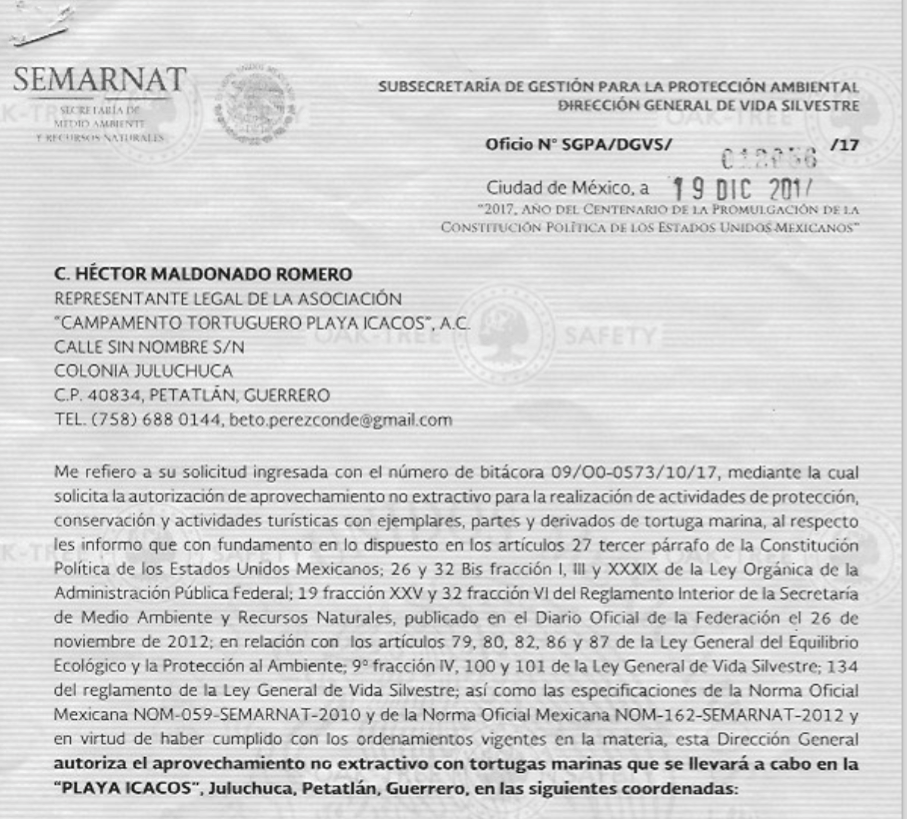 The whole process was a massive reminder for me that things are possible and often all that’s required is a little patience.

Working in Mexico is not for the faint of heart. Things move very slowly and the community work we do down here is full of challenges. You’re constantly pushing uphill, constantly working against entropy.

Sometimes you feel all your battles are uphill, with no end in sight.

Nevertheless, over the course of several months Lissett charged uphill, seamlessly worked across two different cultures on a daily basis, gracefully dealing with rural machista culture, turtle camp politics and the demands of the hotel. She never gave up.

Thanks to her, we have new leadership positions within the camp, which has helped camp organization, and she helped paved the way for Débora, our current camp coordinator who is also doing amazing work.

The permit process, although cumbersome and although we’ll have to do it all over again in just a few short months, will now be a lot easier this next time around.

Looking back, it’s incredible to see how much progress has been made in a year and a half for a small turtle camp outside a rural community of 350 people, entirely run on donations from Playa Viva guests.

It makes me wonder what is possible in the next year and a half.

For the moment–however brief and fleeting–the feeling I have is this: 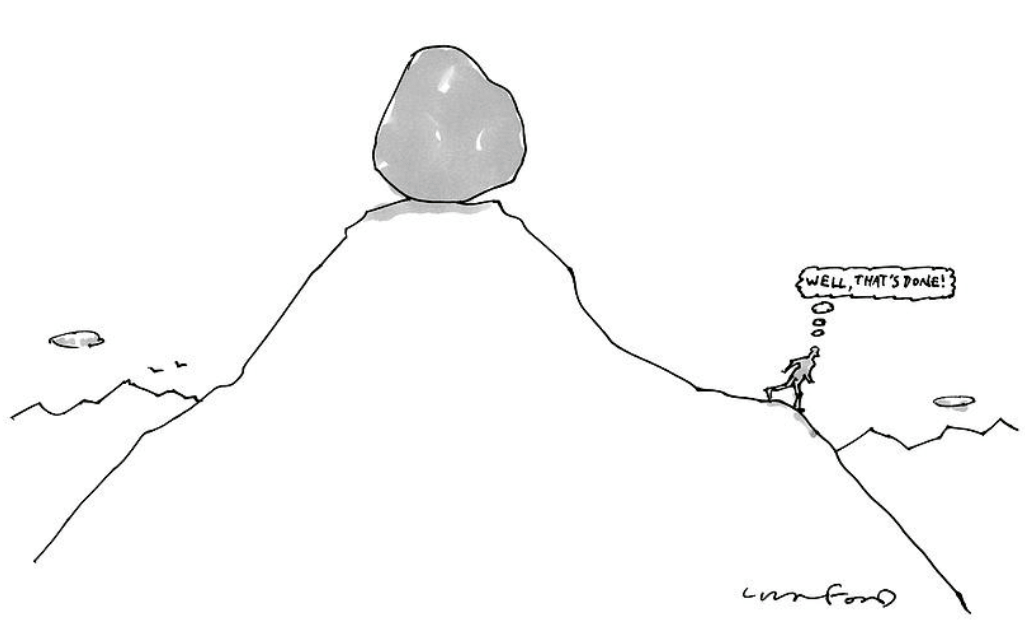 Sometimes the largest hurdles just take time, a little patience and the right attitude to get it done.