A beginner’s guide to community-based conservation

I really wasn’t sure what I was getting myself into when I decided to quit my job of 5 years and move to a small rural community in Guerrero, Mexico to work with sea turtles, especially since I had never “worked with turtles” before. But after spending 10 months working alongside the Juluchucan volunteers that manage La Tortuga Viva (LTV) sea turtle sanctuary, I have a much better understanding of what community-based conservation entails. One thing I’m definitely sure of now is that I made the right choice and this experience has paved a clearer path of how I want to continue to support preserving this planet and its vulnerable species. There were many lessons learned and even more people I am eternally in gratitude toward.

Given that I was the first person to formally work with the camp in this capacity (as “turtle sanctuary coordinator”), my experience was an open canvas and I was fortunate enough to have the opportunity to completely take charge and make this role my own. At first, it was a bit challenging adjusting to working with little direction, but ultimately I thrived on the lack of formal structure in this role, which enabled me to cultivate leadership skills that I hope to continue develop and apply in the future. As mentioned in a previous blog, I dedicated a bulk of my efforts in my first few months in building relationships with the volunteers, mainly composed of males. A few of my priorities included:

However, as I began to learn more and more about the issues in the camp, I ultimately dedicated most of my energy toward the first three priorities: permit renewal, new sanctuary and capacity building. It is a conservation best practice for artificial hatcheries to be moved approximately every 2 years to prevent the buildup of bacteria and ants caused by egg shell remains, which threaten the success rates of hatchling turtles. LTV had been operating for many years without relocation and the hatchling success rate was suffering. Also, the camp had a significant amount of wear and tear and was no longer effective against predators such as the tejones, local badgers that managed to get in and prey on multiple nests on a daily basis. After assessing the cost and qualities of supplies needed, we realized it was much higher than expected so decided to fundraise through a crowdfunding campaign on Indiegogo. There were many hurdles every step of the way in building the new turtle sanctuary and getting the permit paperwork ready. There were challenges for even the most simple of task; for example, borrowing some tools for construction was met with surprising resistance. After a month in the process of acquiring the supplies, it seemed that every action in this process would require strategic thinking and would take much longer than expected. There is no local Home Depot to pick up wood or black shade mesh required for these types of sanctuaries. I worked with multiple staff at the hotel in locating, ordering and delivering these supplies to the new sanctuary location.  I didn’t always make the best choice and it was tough to come to realization that I should have gone about things a different way. In the end, all the hardships I experienced and approaches that “didn’t work” will enable me to better address these type of issues in a different context in the future so I took them as lessons learned.

So many people were involved in helping with the permit process and the creation of this new camp and I am beyond grateful to all the family, friends and other donors who supported these projects. Through this collective effort, up to 6000 turtle eggs will be monitored at a time in the new camp. Below is a brief timeline of the process for both tasks. 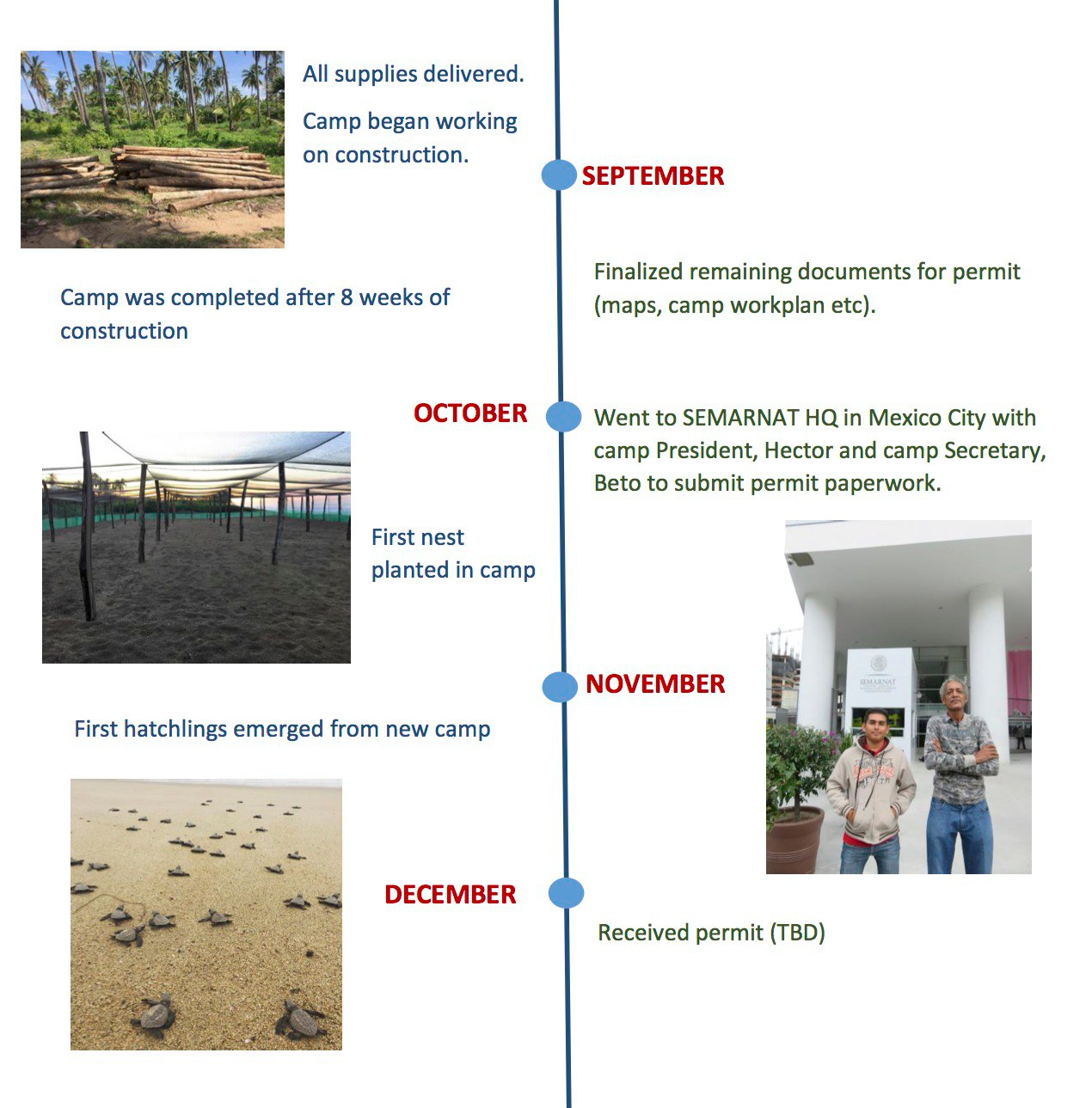 Another exciting opportunity for the camp were some of the capacity-building activities that we were able to begin. Throughout the year, despite some resistance, we established semi-regular meetings to discuss internal issues that were hindering the effectiveness of the camp and I worked to rally and empower the volunteers to talk about these issues openly. Though these efforts sometimes clashed with the views of the President, it’s important to facilitate these exchanges in order to build an organized and high-performing team of motivated volunteers. We were also able to organize a few capacity-building workshops with the volunteers. With the help of Joao Gouveia, a fellow conservationist in the area who has experience in training turtle camp volunteers, the camp received training on sea turtle management, biology and handling with the aim of improving sea turtle hatchling success. For many volunteers, this information was new and they were eager to learn more and apply their new knowledge in the field during their patrols. These quarterly trainings will continue in the new season. I’ve learned an incredible amount about what conservation “on the ground” really is. Here are some of my takeaways/advice for anyone looking to work in community-based conservation:

Although the new camp, permit and capacity building opportunities are incredibly exciting news, the most rewarding part of my work with the camp were the relationships I built with all the volunteers. Being an outsider and in a new role, it was a tough integration on both sides that took a lot of time, patience and learning. As I began to say my goodbyes to this beloved community, a few of the guys, including the Camp President, reflected that they were really proud of what we accomplished and having someone so invested in their work has given them more reason to “echarle ganas” or “work hard” which made the all hardships worthwhile as they are the ones that will ultimately be the protectors of this vulnerable species in the community. It was bittersweet but I left Juluchuca full of hope for the future of the camp and its volunteers. For an extended update of LTV’s activities this year, you can check out the Season 8 Report here. 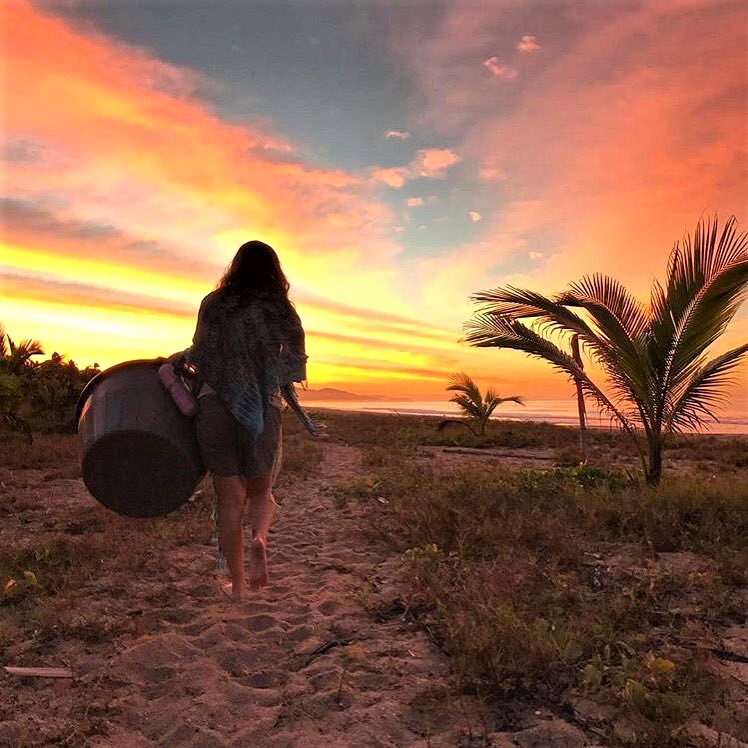