You definitely won’t spot the Statue of Liberty and you’re more likely to hear a cacophony of farm animals than the honking of horns and rumbles of the subway. Dusty dirt roads and towering palm trees fill in for Manhattan’s asphalt jungle and iconic skyscrapers. There are no world famous delis here, but the tacos at Doña Lupe’s aren’t bad. This is the city that definitely sleeps—mostly after 10pm and also usually a siesta in the late afternoon heat. Welcome to Julu York, population a few hundred give or take, and gateway to Playa Viva. 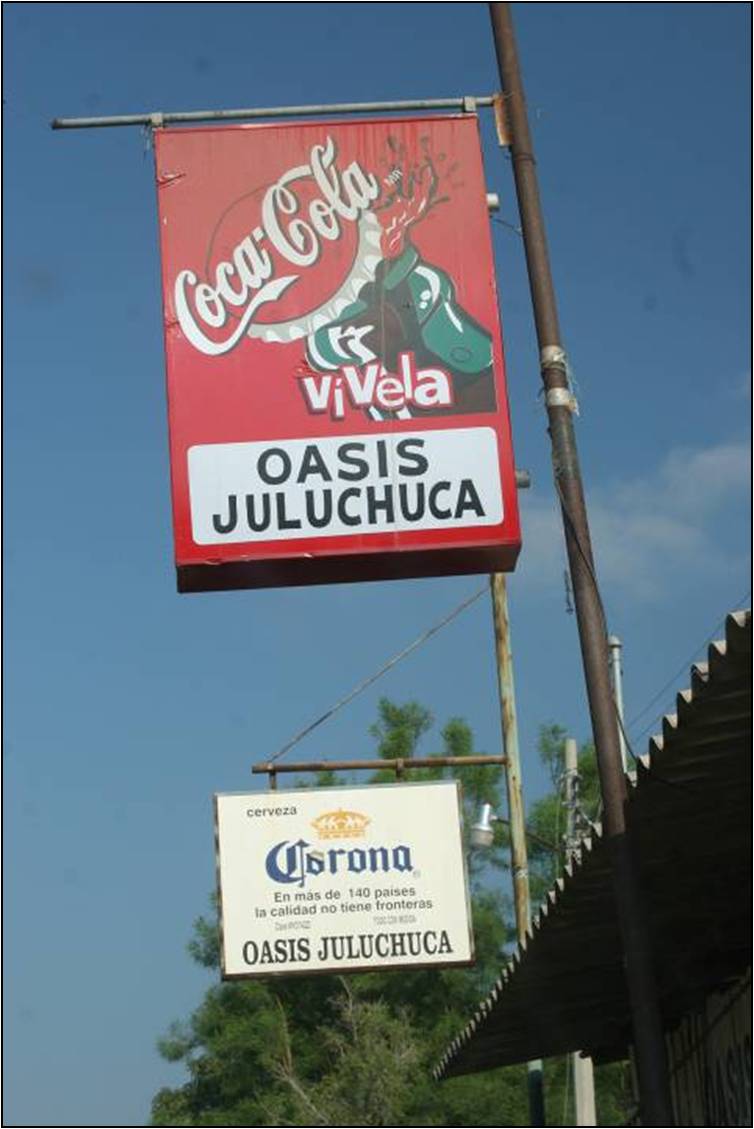 Juluchuca is no New York, so why all the comparisons? That’s the same question I asked when I first heard residents of this little town rechristening their pueblo with a moniker reminiscent of that most famous of cities. What in Juluchuca could possibly make someone think of New York? Sure, crossing the Juluchuca creek in the rainy season can be a little chancy, but it’s no East River. The truth is there’s not much in Julu York to remind you of New York, but that hasn’t stopped the spread of Juluchuca’s new name.

Julu York isn’t a PR stunt or even old-fashioned civic boosterism. It’s much more natural than that. Usually it’s just a joke over a beer:  rural Mexico’s take on modern sarcasm. Who could confuse Julu York with New York, the big city’s bright lights with the flickering bare bulb holding the countryside’s nighttime shadows at bay? But behind the laughter, I think there’s something more aspirational about Julu York.

It seems that even in the smallest specks on the map of Mexico citizens are eager to define their towns themselves. I don’t think anyone in Juluchuca believes Julu York will ever rival New York (and many probably wouldn’t want it to). I think with the new name, joke or not, people are trying to tell the world that there’s more to Juluchuca than meets the eye. The 20-second stretch of Highway 200 that crosses the town from one end to the other doesn’t do it justice.

For me, looking for comparisons between New York and Julu York was a good reminder of all the interesting things I’ve been able to see and do in Juluchuca. From a local farm that’s a solitary outpost of certified organic agriculture to a ceiba tree so big locals call it the ‘Avatar tree’ on the road up into the Sierra Madre mountains, there are a few surprises in Julu York, and the town can even hold its own with the big city. Take a trip up the sierra to eat a home-cooked meal with a local family and you can boast to all your foodie friends about a meal measured not in the great distances of food miles, but in the short steps of food meters—fresh, hyper-local food to rival the best farmer’s market in the biggest city.

So, why not trade in your Empire State of Mind for an outlook that’s a tad more provincial? You might be surprised what a one-tope town has to offer. Yeah, maybe it’s not as catchy or exciting as the New York of Jay-Z and Alicia Keys, but give it time. After all, how long can it be before some enterprising chavo down in the town square pulls out his iPhone and autotunes an anthem that will really put Julu York on the map? Watch out world.